The other day, as my friend was struggling to find the right word to describe how she felt, I interceded with a quote from my mom.

What’s funny is, when I said it at that moment and again when I just typed it, that makes total sense to me. But I guess probably to others, not so much.

To “feel like a dishrag” basically means you are out of energy, kaput, done-zo. What that has to do with a dishrag, I have no idea. But that was just one of the many “Rose-isms” that I got used to over the years.
I love them because they feel like a little nod from my mom and will smile when I catch myself using them from time to time. She probably wouldn’t even remember coming up with them if she were still here with us, even though they’ve become a part of my regular vocabulary!

But this little exchange also got me to thinking about all the other things that I learned (and have carried on) from my mother, without her even realizing it.

01 Don’t be afraid.
After my mother passed away in 2013, I found one of her journals and sat down on the floor of my bedroom to read it. There, in her handwriting, she was talking about all the dreams she never went after and the things she never did because she let fear hold her back. She was describing how she had been afraid to live. It was so sad to read, knowing that she had run out of time to do anything differently. But it also lit a fire under my behind. I knew that I did NOT want to end up the same way and I am determined not to be afraid and to go after my dreams, both for her and for me. Life is truly too short for us to live any other way.

02 Be kind to everyone.
If you were blessed enough to know my mom in real life, you know that she was a very kind and loving person. That’s how she ended up with so many “surrogate children” all over the place. My friends, my sister’s friends, even her younger co-workers all fell in love with her and decided she should be their second mom. But it wasn’t because she made amazing homemade lasagna or told the funniest stories. It was because she was genuinely kind to them and made them feel like they mattered. She listened to them, offered advice when they needed it, held it back when they didn’t and basically, showed them that someone cared. It’s a lesson that the world could take to heart, especially right now.

03Laugh at yourself.
My mother had a unique talent – she could look ridiculous in nearly every photo ever taken of her. Correction… the old photos that I have seen of her are mostly average. But something changed along the way, and in her later years, she somehow managed always to have the goofiest expressions in all of her pictures. It became sort of an ongoing joke with us, which resulted in quite a few laughing-until-crying fits. Like the time we rode the ski lift together in Gatlinburg, TN and had our photo snapped at the top, only to see later that she had somehow managed to slump down in the seat at just that moment and made herself look “like a troll” (her words). Ahh, good times. But the point is, she would laugh just as hard as the rest of us. Because she never took it (or herself) too seriously. And if that’s not a good lesson for us all, I don’t know what is. 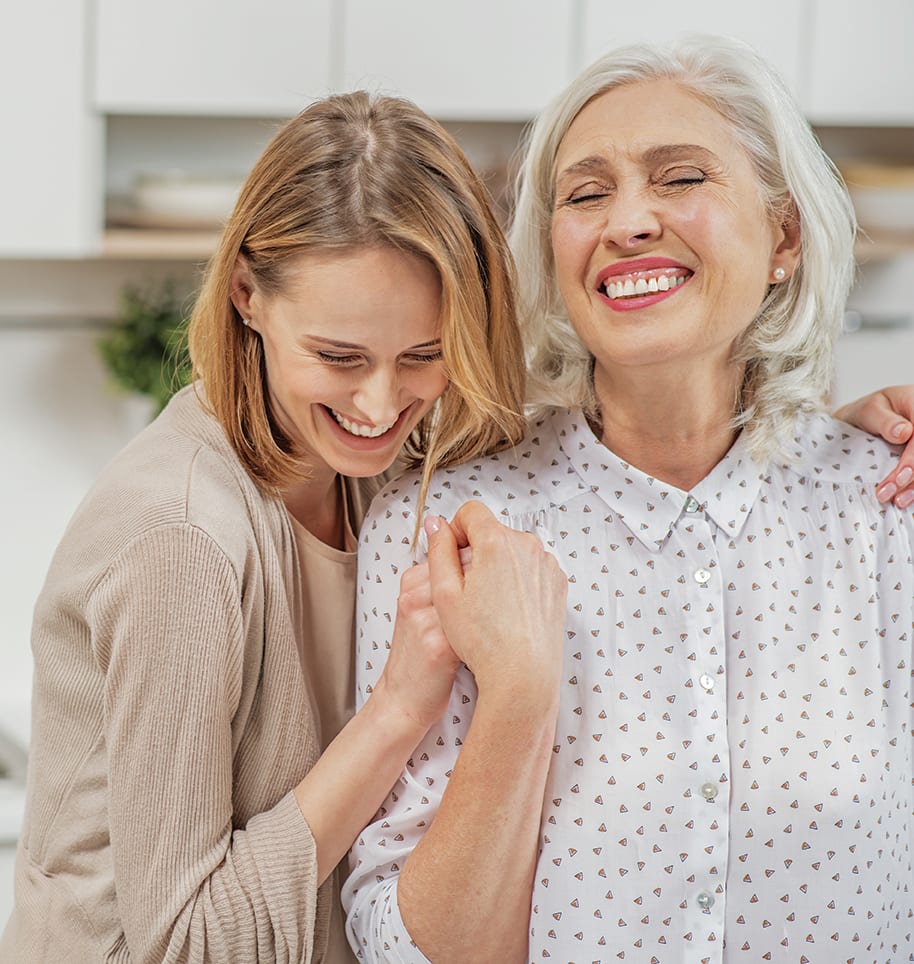 04 Respect Yourself.
This is another lesson that my mother might not even realize that she taught me unintentionally, but she did. After growing up in an often tumultuous home as a child, it can become easy to find yourself getting “used to” the same kind of treatment as an adult. Maybe you hate confrontation, or you just don’t know anything different. But no matter where you came from or what you’ve been through, you always deserve respect – both from others and yourself. Period.

05 Never give up.
This one is a little hard to talk about it, my mom never gave up on life, right up until the end. She was in the hospital, in a worse state than she even realized, and was still talking about how she wanted to stop for some soft-serve ice cream on the way home! She was planning to celebrate Thanksgiving at the beach that falls, although she didn’t make it that far. And she had even talked to some realtors at the beach about condos just three weeks before she passed. She reminded me that we always have a choice. No matter what the circumstances are, we can choose not to give up, to be positive and to live. Or we can decide to give in and give up. I don’t know about you, but I choose to live.

06 Save room for dessert.
My mother loved dessert. Especially when eating out at a restaurant; So much so, that she had a little routine. She’d eat about 75% of her dinner and then stop. Not because she was full, but because she wanted to make sure she’d have room for dessert. So she’d ask for a box for the rest of her dinner and then treat herself to something sweet. Although these days I don’t necessarily agree with the overload of sugar, I do agree with the sentiment! We shouldn’t always be so concerned with the serious stuff, that we forget to make room for the fun stuff. It’s okay to stop work a little early every once in awhile to go out with a friend. Or take that extra day of vacation or let your child stay up that extra hour so you can finish your game of Monopoly. Because no matter how full you (or your life) feel, there’s always room for dessert.

Until next time, keep your dreams BIG and your worries tiny…