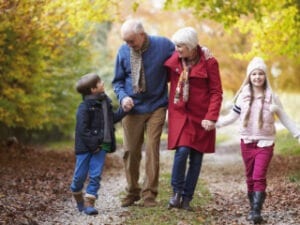 Grandparents on a Walk

Everyone forgets details sometimes. A task you were supposed to perform slips your mind. You run into someone you met recently, but you can’t remember his name for the life of you. Even people with amazingly accurate memories will forget things on occasion, and it’s nothing to worry about.

However, there are a few telltale signs that forgetfulness could be a symptom of early onset Alzheimer’s. If you or someone you love exhibits any or all of these symptoms, talk to your doctor about diagnosis and treatment.

•  Difficulty with everyday tasks – Tasks that should be familiar and normal become more difficult than they should be.

•  Difficulty making plans and schedules – For some people, Alzheimer’s first makes itself known when they begin having trouble creating plans, working with numbers or setting and maintaining schedules.

•  Inability to retrace steps – If someone suffering from Alzheimer’s loses an object, they will often have difficulty or find it impossible to retrace their steps or remember where they last had it.

•  Confusion about location and/or time – Alzheimer’s sufferers may suddenly seem to forget where they are or what time or date it is.

•  Lack of attention to grooming – Those with Alzheimer’s will stop shaving or brushing their hair. Bathing happens less frequently and they don’t seem to notice or care.

•  Mood and/or personality changes – People suffering from Alzheimer’s often become suspicious of others, paranoid, fearful and depressed as their memories leave them and they become more confused.

•  While most people associate Alzheimer’s disease with memory loss, it’s actually much more insidious and frightening than that. It may start with forgetting where your keys are and being unable to remember where you last had them, but that’s only the beginning.

If Alzheimer’s were a simple case of memory loss and/or dementia, it would be a tragic disease but it wouldn’t be a killer. In later stages, Alzheimer’s affects the body’s ability to function, as the patients are no longer able to move their limbs, swallow or even breathe independently.

That’s why early detection and diagnosis are so important. Though there is no cure for Alzheimer’s, with a proper diagnosis, a patient can receive treatment to not only prolong life but also to prolong quality of life for many years.