GOOD DADS HAVE THIS ONE THING IN COMMON

Several years ago, the story of a father and son swept the nation and touched our hearts–the story of team hoyt, a father-son duo who ran triathlons, marathons and even ran across the country. What was so amazing about this duo? One of them was in a wheelchair.

At birth, rick hoyt was diagnosed as a spastic quadriplegic with cerebral palsy–a dire diagnosis for most, but rick’s parents refused to let it slow down their son. In 1977, rick told his father, dick, that he wanted to participate in a five-mile benefit run in their community. They trained together and dick pushed his son across the finish line that day.

That was the beginning of team hoyt. Since then, this father-son duo have competed in over 1,000 races, including running 3,735 miles across the country in 45 days.

And that’s only a part of the story.

Rick’s parents were told by doctors and school administrators that their son would never be able to learn or communicate. Rick and his parents proved them wrong. Even though schools wouldn’t take rick, his parents taught him letters and numbers, they read to him constantly and had tufts university design a computer that allowed rick to tap out words. Today, rick is a graduate of boston university and though he is in a wheelchair, he lived there as a student independently. 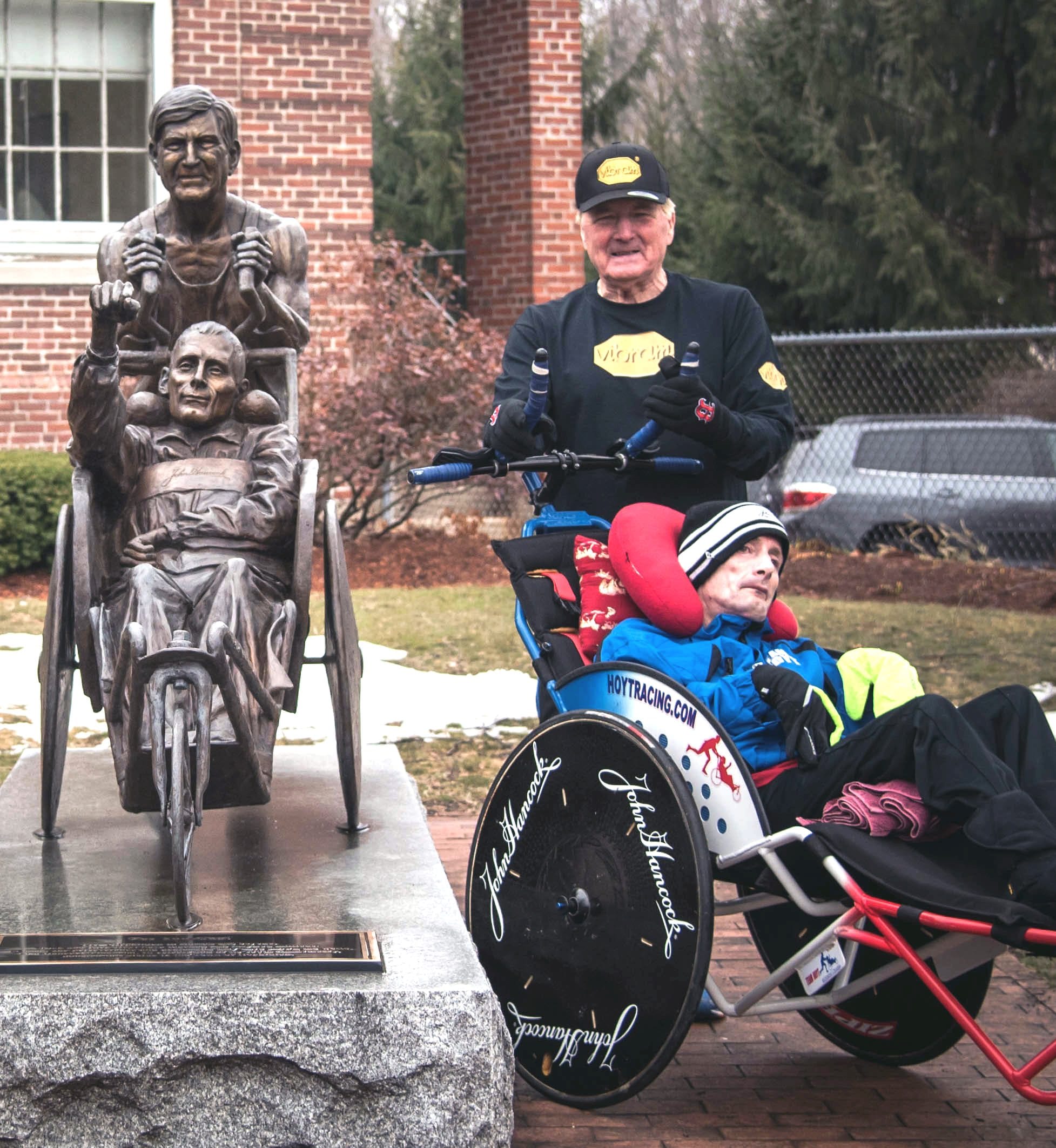 For my book hero: Being the strong father your children need, i got to sit down with dick hoyt and talk to him about how he was able to parent rick so well and beat the odds that nobody thought he could beat.

I asked dick, “were you or rick ever so exhausted in a race that you thought of quitting?”

His answer was immediate. “Never. Not once.” The rewards, he told me, were too high: “no man can be closer to another person than i am with rick.”

Dick hoyt’s life as a father can be summarized in two words: love and tenacity. Love for his son brought out dick’s tenacity, which changed both their lives for the better. It wasn’t just running marathons; it was refusing to give up on his son when doctors and schools told him his case was hopeless, when race authorities (at first) refused to let him participate.

Dick never took no for an answer. He fought for his son, and fights for him in every race he runs. What has allowed dick to fight for his son and what allows fathers everywhere to stick with their kids even when things get hard is perseverance.

Perseverance is a characteristic i’ve noted in all strong fathers. It is one of the best traits a man can have; it is what makes you win; what allows you to finish the race; and why your family can rely on you through thick and thin.

Every father can be as close to his son as dick is to rick, because every dad is capable of that same love and tenacity. As dick said, “it’s easy. Just take your kid to a movie or throw a ball with him.” He’s absolutely right. With perseverance, getting closer to your kids is easy. All you have to do is stay engaged and stick with it.
To learn more about team hoyt, visit teamhoyt.Com