For years we’ve been told to choose healthier food options, and for good reason. Studies have determined that many of the ingredients in our everyday foods aren’t good for us. Experts have long touted the benefits of removing white carb-laden foods from our diets (white breads, white rice, potatoes, and sweets), but now a new book written by neurologist David Perlmutter, MD, goes a step further by arguing that we should also reconsider grains altogether in favor of healthy fats. 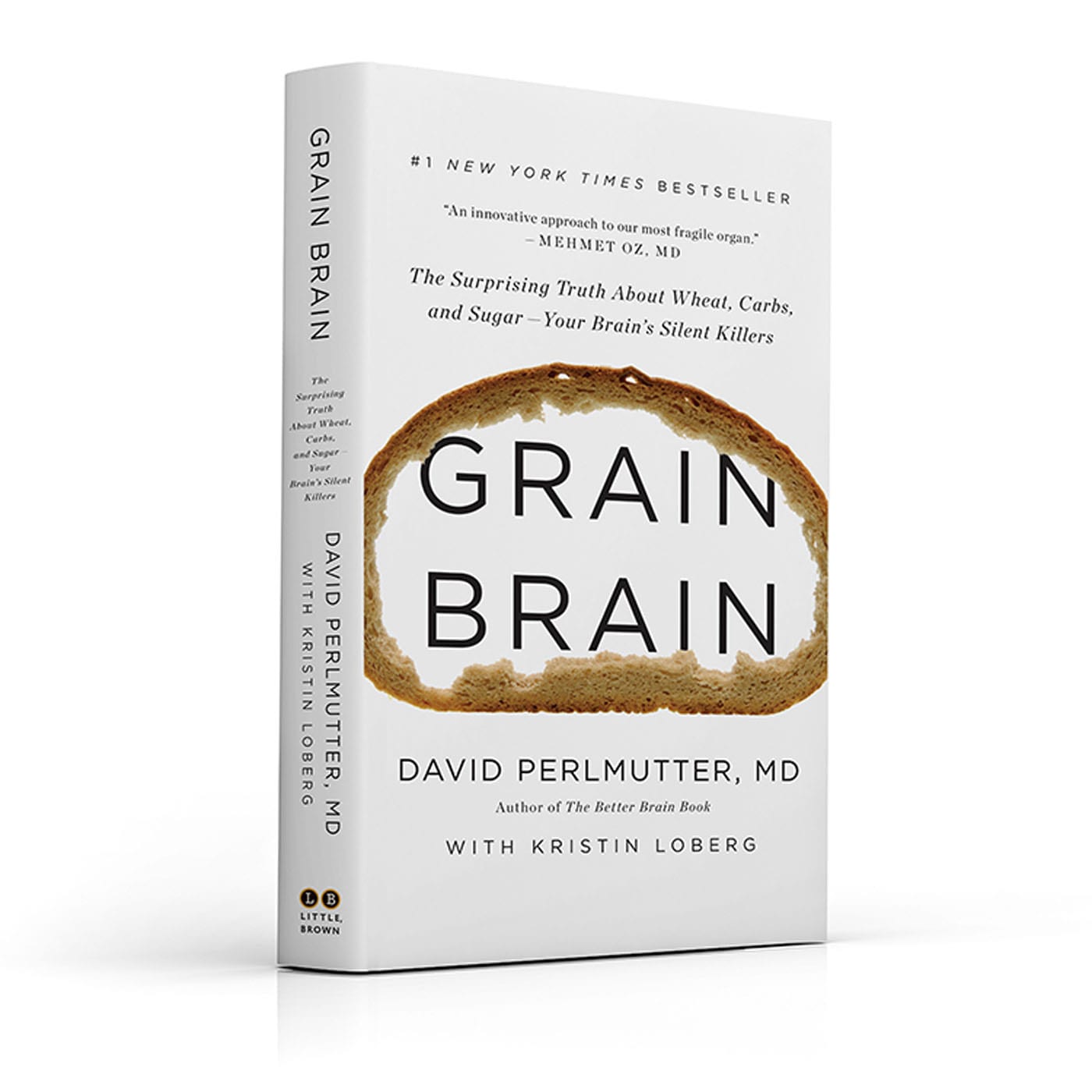 In Grain Brain, Perlmutter states that, contrary to what we’ve been told for years, our bodies don’t require dietary carbohydrates to function properly. Conversely, consuming them may actually be harmful or, as he puts it, “killing us.” His contention is that carbohydrates are “the brain’s silent killers.”

After years in private practice in Florida and of extensive research on the topic, hoping against hope that he’d find a way to help patients who suffered from cognitive impairment, Perlmutter’s frustration mounted and spurred him to explore unconventional options for treatment. Those options led him to conclude that modern medicine focuses on the wrong aspect of diseases.

Instead of focusing on the underlying causes of the conditions his patients suffered from, modern medicine focused on treating the symptoms.

In an attempt to find a solution for his patients’ ailments, Dr. Perlmutter decided to try something radically different from anything he’d ever attempted before. He created a diet plan that was high-fat, low-protein, and nearly void of carbohydrates, and monitored to see if the radical new diet would slow down or prevent the onset of illness.

Early results indicated that he might have been on the right track. He recorded his findings and eventually decided it was time to share his findings and unique plan in a new book. Its main focus was on how the human body evolved and adapted to this new way of eating. What he discovered is that “the brain thrives on a fat-rich, low-carbohydrate diet.”

This diet, unfortunately, isn’t prevalent in the human population. He points to the number of people who suffer from celiac disease and the number of who have been diagnosed with gluten sensitivity. It’s been reported that up to 30% of the population suffers from these conditions. It’s his belief that one hundred percent of humans suffer from a reaction to gluten because of a compound called zonulin, which is activated when it’s exposed to gluten, making the gut more permeable, causing any number of health issues that range from mild inflammation to debilitating digestive disorders to autoimmune problems to dementia.

Although Perlmutter’s theories continue to gain popularity, that doesn’t shield him from scrutiny. Many experts have publicly disagreed with him and his idea of what constitutes a healthy diet. One notable detractor is Cynthia Harriman, Director of Food and Nutrition Strategies for the Whole Grains Council. She says that the number of people with a known gluten intolerance is closer to 7 to 10 percent of the population and even they can enjoy safe and healthy non-gluten alternatives like amaranth, buckwheat, corn, and oats, provided they’ve been certified gluten-free.