How Do I Keep That New Year’s RESOLUTION? 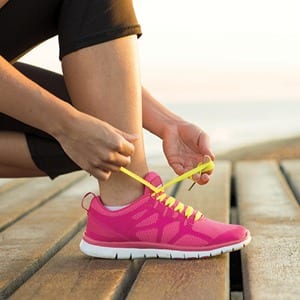 This is the time of year that people consider various New Year’s resolutions and I’m hoping you’ll resolve to take up running or some other form of physical exercise. If you are already running, make sure that one of your resolutions is to keep on with your running routine. The questions I have for both sets of people are: Have you ever truly identified what encourages and gives you that extra push to stick with the run? Is there something that motivates you enough to lace up those Nikes and run out your door before the sun comes up? What can possibly move you enough to get you to finally join that training group or run club as they pound the pavement for what seems like meaningless miles of running?

A lot of thinking tends to precede a person’s decision to actually start exercising consistently. There are excuse-filled thoughts ranging from “It’s too hard,” to “My body isn’t made to be a runner,” all the way down to arguably the most common thought “I don’t have the time.” Let’s get you ready for these thoughts so that you aren’t hindered by them, neither before you start nor after you have taken a few laps around your block.

I want you to ask yourself right now: Why am I running or exercising? I know the tense used in the question is implying that you are a runner or physically active right now and that is a good first step in thinking optimistically. Go ahead and ask yourself why. Now pause for a moment, think about your answer and hold onto it, as we will come back to your response shortly.

I have been coaching for years and my role isn’t just to get my athletes to run faster but to stay motivated to continue to master the sport of running. It is no easy task for a person to stick with running; however, as the old saying goes, nothing that is worth it is easy. Throughout the years I have heard people tell me why they run and I have to say that it is quite possible that most of their answers are less than inspiring or motivating to the average person. Very few of those lines would be used in a TV commercial or magazine ad to advertise running. The responses from people vary and include being in-shape, clearing their minds, losing weight and relieving tension as well as it is less expensive than other forms of exercise, it’s a bucket list item and it helps them to feel young. The list is endless of what I would call unmotivated, boring and pragmatic reasons.

Folks, we have to dig deeper than that! All those reasons are simply common-sense and logical answers, but the problem is that running is insane! Running doesn’t make sense at first glance, or even at second or third. In fact I would argue that it is a completely irrational activity. Does it make sense that many of my friends are still on their fourth dream in bed on a Saturday morning and I am almost done with my 10-mile run, probably under the deluge of a Miami rain storm? Of course not! So what will motivate you to get yourself to wake up early to run or to run after a tiring day of work? The answer is that you need to take the answer to the earlier question—Why am I a runner?—and to that answer, ask in a yelling manner “Why?” until you get an emotionally charged response. It may sound like this the first time: “Why am I a runner?” Response: “Because I want to be healthy.” Second question (yelling): “Why do I want to be healthy?” “Because I want to give it my best shot to be alive and well to be there when my daughter has my first grandchild!” You see how the second answer may move you to fight through the little things that make it easy to quit or possibly never start?

Dig deep and take some time with your answers, as your true motivation may be a few layers under your first few responses. Peel back the layers and get to the core answer that is filled with power and emotion so you make that New Year’s resolution one that you can keep. I must warn you, though, this is an exercise you may have to go through more than once because motivations do change and often require well-refined reinforcement, as it isn’t just one moment but many moments that make up a healthy and fit lifestyle. Don’t stop running in 2014!