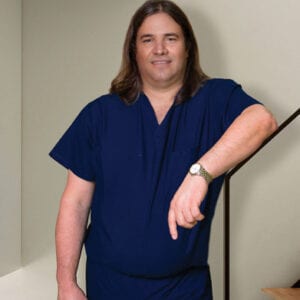 Gynecology is the medical practice dealing with the health of the female reproductive systems (vagina, uterus and ovaries) and the breasts. Literally, outside medicine, it means “the science of women.” Almost all modern gynecologists are also obstetricians (obstetrics and gynecology). In many areas, the specialties of gynecology and obstetrics overlap. But for Dr.Jimmi Rios it is far more. His clinic, Dr. Rios Women Health in McAllen, Texas, is opening with a diversity of services involving every aspect of women’s health including reproductive development, hormonal balance, vaginal reconstruction, even cosmetic surgery and anti-aging procedures designed as a complete care system for a complete woman. Dr. Rios himself said that he “consider(s) that cosmetic surgery procedures training has to be part of a gynecologist’s career path” and “The World Health Organization (WHO) defined health as ‘a state of complete physical, mental, and social well-being and not merely the absence of disease or infirmity.’ Therefore, one’s external appearance may have even more influence over one’s complete physical, mental and social well-being than may be believed.”

While some may be puzzled or intrigued by the notion of a gynecologist practicing aesthetic surgery, it really is common sense when you piece everything together (In fact, the most popular and significant aesthetic surgery, liposuction, was actually not invented by a plastic surgeon, but a gynecologist). This is simply because there is no one who better understands the complexity and nuisances of a woman’s body than a gynecologist. Aside from that, every OB-GYN is trained in surgery and only has to learn the new techniques needed for aesthetic surgery. Take the example of cosmetic gynecology, that is the aesthetic modification of the female genital area. Who’s the expert? The gynecologist, who can in turn can use the techniques of cosmetic surgery to make necessary corrections.

Other than his special care for his patients, what’s really amazing about Dr. Rios is the incredible story of how he got to where he is today. He was born under the communist regime in Cuba, where the conditions were so bad that, during medical school, him and all the other students had to spend the morning picking potatoes from the fields. No exceptions. It was difficult, but he isn’t bitter about it. Growing up under the strict regimen of a Communist country made him different, he said, and perhaps, in some ways, better as a person and physician. He had to be determined and passionate about his studies and training if he ever wanted to become a surgeon in Cuba, a task daunting enough as is. That early challenge toughened his skin for when he immigrated to the United States. Although he enjoyed his work as a general surgeon and oncology surgeon in Cuba, he eventually had to make some tough decisions about his future: either stay in Cuba and continue on the same track or go to the United States and follow the branch of medicine he truly felt passionately for– obstetrics and gynecology.

It was a hard thing to do, as he had to leave behind his wife, Karenia (who also trained as a doctor in Cuba, specializing in allergies), with their three-year-old son, Juan Miguel. And although he was already successful in his medical training, Dr. Rios’ Cuban credentials would not be enough to allow him to practice medicine here in the United States. Neither his residency in general surgery from Manuel Ascunce Domenech Hospital in Camaguey, Cuba, nor his fellowship in oncology surgery completed at the National Institute of Oncology in Havana (2002) would serve him. He basically had to start from scratch. In 2007, Dr. Rios earned his United States medical license through the Educational Commission for Foreign Medical Graduates and in 2012, he completed his residency in obstetrics and gynecology in Ponce, Puerto Rico. Six years into the ordeal, he was able to reunite with his family. The end result—Dr. Rios became a highly accomplished doctor with multiple degrees and experience, who now practices in McAllen, Texas.

Recent opportunities have allowed Dr. Rios to expand his practice beyond obstetrics and gynecology. Dr. Jimmi Rios completed robust training in the use of AMS MiniArc family of products to treat female issues, and completed the admission requirements for membership in the American Academy of Cosmetic Surgery and for the American Society of Liposuction Surgery. All of this allows him to provide the specialized care of obstetrics and gynecology for women of all ages and to perform surgeries that improve and enhance their lives.

Most of all, Dr. Rios enjoys helping women navigate the challenges of aging. Since transforming his practice, the increase in the number of patients he is caring for has been dramatic, he says, adding, “This type of medicine is what women have been searching for.” Why? To Dr. Rios it is simple: “My practice is unique. I provide care for the total woman, using a complete approach, which offers more than conventional gynecology services,”. He combines state-of-the-art gynecological adverb care with the latest in anti-aging and restorative medicine. The way, he believes, it should be.

Dr. Rios’ honors and awards include Outstanding Medical Student Award, Surgical Undergraduate Instructor and Outstanding Surgical Resident Award, all earned while in Cuba, followed by Special Resident in Minimally Invasive Gynecology in 2011 and Excellent Work as Chief Resident in 2012. His membership in professional organizations include the American Academy of Aesthetic Medicine, the Texas Medical Association, the International Pelvic Pain Society, Advancing Minimally Invasive Gynecology, the American Society for Colposcopy and Cervical Pathology and the American College of Obstetrics and Gynecology. He is also involved in research and has published widely during his time as a physician.