More Women RUNNING Than Ever! 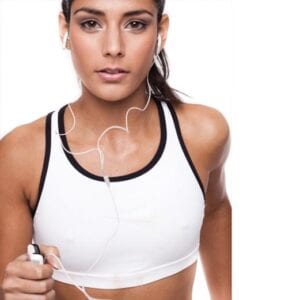 Much discussion has revolved around the topic of whether women should run or not. If the most recent statistics of the past few years are any indication, the answer is a resounding “YES!” According to Running USA’s State of the Sport report for 2012, there were 7.6 million female finishers of road running events in the country. That is over a million more than the number of male finishers. Women are winning!

It may have been Roberta Gibb and Kathrine Switzer running the Boston Marathon back in the 1960s that planted the seed for female participation in competitive running events and resulting in the female running population boom during the last 15 years and the creation of events specifically geared for women only. The percentage of finishers that compete in half marathons is now 60% female, apparently making the distance of 13.1 miles the current preferred distance of choice for women. These races, along with the ever-growing popularity of destination marathons, are expected to continue to fuel the women participation numbers.

There are obvious signs that a whole lot of good is happening when this many women are running: social connections, physical fitness, stress relief and the resilient character building that comes with the sense of accomplishment as a runner improves. Running is also the perfect gateway exercise to so many other forms physical fitness activities. Who knows, it might be a steppingstone to train for a triathlon one day, which also has a record number of women participants. There are even career benefits, as was described at Forbes online that published an article on women in sports citing a study by the mutual fund company Oppenheimer that found that 82% of women in executive level jobs had played sports and that nearly half of women earning over $75,000 identified themselves as “athletic.” So, you have this consistent rapidly increasing popularity of the sport of running for women and all these positive benefits being identified. What are you waiting for, ladies?

HERE’S HOW YOU GET STARTED: