BRINGING THE WONDERS OF CRYOTHERAPY TO ALL LORENA MARTIN 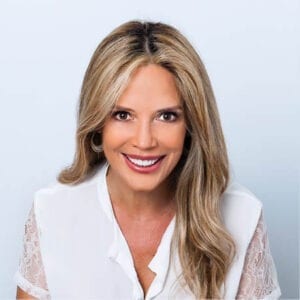 Miami is dotted with spas, but once you enter “Ageless Cocoons,” you find yourself in a spa unlike any other. First, you’re already relaxed because you arrive at this spa having already unwound thanks to a leisurely drive past the glittering aqua waters of Biscayne Bay. But second, it is only at “Ageless Cocoons,” that you will find timeless therapies wedded to space-age technologies that bring you the latest in both healing and rejuvenation.

“This is my baby,” says Martin, gesturing at the Cyrosauna, which is a sleek, gleaming structure that looks like it’s about to lift off from a launching pad. Also, despite the “sauna” in the name, you experience the opposite when you step in. Instead of being enveloped in heat, a blast of cold gasses instantly welcome you.

Here, Martin’s clients range from Lebron James and several members of the Miami Heat, along with other celebrities who use Cryotherapy to health and youth—losing from 500 to 800 hundred calories. It also speeds up the metabolism, increases libido, promotes faster muscle growth, and promises a loss of 500 to 800 calories.

This is a stimulating experience. In just three minutes, this treatment causes a massive endorphin explosion working to notoriously improve a variety of conditions, including depression, fibromyalgia, stress, insomnia, and rheumatism, as well as muscle, back, and joint pain, and sports injuries,” says Martin.

Not only that but in that very brief time, the blast of cold nitrogen that Cryotherapy delivers also stimulates the immune system and boosts the body’s functioning. Not only that, but it’s also very effective at reducing cellulite, reducing varicose veins, and renewing and rejuvenating the skin cells of the entire body, she says.

The spa offers 11 different treatments, built around specialized equipment, ranging from the sleek space-age looking Cryosauna to a Biomat embedded with amethyst and infrared rays, all dedicated to making clients feel better and look younger.

In addition to the Cryotherapy, Ageless Cocoons offers a menu of treatments built around the following procedures:

Which provides intense healing based on prolonged exposure to the microclimate of caves, salt mines, and grottoes and helps skin problems like dermatitis and psoriasis.

Gentle pressure-washing to the skin to rinse away the dead cells and debris of years and leave skin looking more vibrant.

• Therapeutic Massage and Relaxation on the Biomat

Embedded with amethyst channels to offer the crystals remarkable power, it enhances the effects of massage.

Lorena’s desire to open a spa that would help her clients regain health and balance, in addition to relaxation and rejuvenation, comes naturally. Born in Guadalajara, Mexico, she lived in Beverly Hills when her best friend was in an accident. Devoted to her friend’s recovery, Lorena went to school with her, where her friend was studying to become an esthetician. “I had to wait for her, so I decided to take some classes as well,” she recalls.

She earned her esthetician’s degree, but her career took a backseat while she was busy raising her four children. She moved to Florida and eventually fell in love with Key Biscayne, where she settled. “I decided to resume my career, but I wanted to do something different,” she said. So she set off to find the most advanced rejuvenation techniques. “I spent two months traveling to Italy, Russia, and Germany, and it was in Europe that I found the cocoons, and so I brought them here,” she said.

Since opening her spa just 18 months ago, “Ageless Cocoons” has been featured on CNN, Envision, and Talmud, and she has also given magazine and newspaper interviews.

Dr. Mahomet Oz endorsed the benefits of Cryotherapy on his popular TV show. In the episode built around the technology, he had a staff member demonstrate the Cryosauna. He then discussed how it could help people with certain types of debilitating pain and degeneration caused by inflammation.

“When you cool the joint, you have less swelling. It also affects the nerves because when the nerves get cold, they stop sensing pain,’ Dr. Oz said.

He also notes that while this type of therapy may seem extreme to people in the U.S., it is common in Europe. “I think it’s a sensible thing to try out if you’re having a lot of pain,” he concludes.

In keeping with the claim that the “Ageless Cocoon” treatments offer a “fountain of youth,” Lorena is her best advertisement. At 53, she looks a decade younger and certainly not old enough to be the mother of four. For this, Lorena credits her spa treatments and a lifetime of yoga coupled with kayaking and paddle boarding for her youthful figure. “I’m not a gym kind of girl,” she says.

With her long, wavy blonde hair, green eyes, and bronze skin, it’s easy to imagine her as a mermaid, which is exactly what her husband, Paul, a former “Mr. America,” though when he met Lorena on the beach at Key Biscayne. “He travels around the world speaking about the Law of Attraction, and so he believes he was able to attract exactly what he sought, a woman who would love the sea as much as he does,” says Lorena. It was her husband’s insistence that she, indeed his “Mermaid of the Sea,” helped to win her over.

With the success of “Ageless Cocoons,” Lorena now finds herself a busy businesswoman.

A second spa is soon to open in Doral, and there are plans to open one in Homestead. It’s easy to envision a string “Ageless Cocoons” opening everywhere. But when asked if Lorena expects herself atop an empire, she shakes her head and says, “I don’t want to be the head of an empire. I just want to help people and enjoy my life.”