It’s 11:00 at night and all of a sudden you hear your child crying, louder and louder. When you go to your child’s room, you’re told how much their body is aching and that their legs really. Hurt. What could it be? Growing pains. 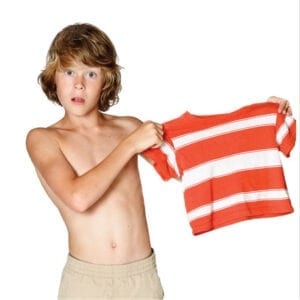 Growing pains usually do not require the attention from a physician, although they do hurt, and usually occur in children. Between the ages of 3 and 5 years, and again between 8 and 12 years of age. A common myth is that growing pains are caused by growing bones and their joints, but the truth is that. Growing pains are mostly a result of the normal daily activities of children in their age range. The pain is often a result of overworked muscles in the legs, primarily the calves and the front of the. Thighs. It is common for these types of pains to begin right before bedtime or after the child falls sleep, resulting. In the child waking up in pain, usually in the legs, although growing pains can be felt in other parts. Of the body as well.

As a child’s body develops, the muscles can only take so much “fun.” After reaching their limit, the muscles become overworked, overwhelmed and broken-down. . When people go to the gym and has an intense workout, they actually leave the gym with damaged tissues and muscles from working them out. Protein molecules in the body will then rejuvenate, restore and build new muscle tissue in place of the damaged muscle tissue. For a child, this can be a painful process, which is why it has been dubbed with the name “growing pains.”

HOW TO REDUCE GROWING PAINS?

Even though it will give temporary relief from the problem, taking a medication like ibuprofen too frequently can cause serious stomach problems, such as ulcers, and other health issues.

A couple of all-natural methods of pain relief include leg stretches and heating pads. Often times the heat will make the legs feel better.