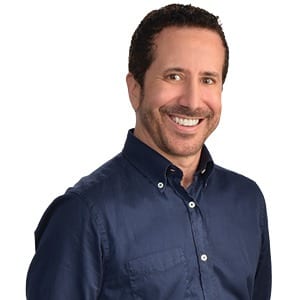 Harvey Manger-Weil has launched several successful careers but his most enduring legacy will likely be his role as “The College Wizard” because he’s spent three decades training students to excel at the SAT and get into the colleges of their choice.

A high SAT score isn’t about how smart you are; it’s about how motivated and persistent you are, and whether you have the ability to delay gratification.  Harvey Manger-Weil

Manger-Weil, a successful entrepreneur, has tutored students to conquer this ‘make or break’ exam ever since he was a college student. Now, thanks to technology, his business is nationwide as he uses SKYPE to tutor students face-to-face.

“I started out tutoring as a way of making some extra money while at Dartmouth. I had scored nearly perfectly on my own SAT and I had already begun decoding the SAT system,” said Manger-Weil. Now 55, he spent the next three decades launching one extremely successful business after another, but his SAT tutoring business remains a constant.

He believes his skill at beating the SAT springs from his ability to think “outside the box,” which is also how he succeeds as an entrepreneur. Even though both his parents were teachers, Manger-Weil had no interest in following the family profession. “I credit my success in teaching the SAT to the fact that I’m a non-educator,” he says.

Indeed, linear thinking was never part of his toolbox. “I was always very good at puzzles and figuring things out but I had no encouragement that my skill set would be good for becoming an entrepreneur. All I ever heard from my parents was ‘Make sure you have a job to support yourself,’ but it was just my bent to look at things differently.”

In fact, Manger-Weil said he “struggled with rules because I saw them as obstacles preventing me from succeeding as high and fast as I could.” The result? He completed high school in three years instead of four and was named valedictorian for the class ahead of his.

Since then, he’s excelled at many different careers but his true satisfaction comes from his nationwide SAT tutoring business. According to him, he can enable students to achieve remarkable 500-, 600 and even 700-point gains in a record amount of time, although he notes that students have to be committed to practice the skills they learn.

The SAT exam dates back to 1926, when a Princeton professor adapted a U.S. Army intelligence test to gain information about college students who had already been admitted there to better guide them. But the test was quickly embraced as a college admittance test and is now taken by some three million students. Originally, the College Board, which administered it, claimed the exam was an aptitude test, thus tutoring was useless. They had to drop that claim after they were proven wrong, and the description of the test was changed from “aptitude” to a tool that evaluates reasoning.

Manger-Weil credits his success to years spent reverse engineering the SAT in order to unlock its intrinsic nature as well as perfect methods of quickly communicating strategies of beating the SAT to his students. “A high SAT score isn’t about how smart you are, it’s about how motivated and persistent you are, and whether you have the ability to delay gratification,” he said.

He is also a keen motivator, showing students that the difference between doing well on the test and excelling at it is within their grasp. “A full 20 percent of my students break 2300 (out of a total 2400). The reason that’s so important is that if you do that, you can get into pretty much any school that you want,” he said. But, he warns, “If you only break 2100, that puts you in a much larger group of 25,000-30,000 students, so your choices will be far fewer,” he noted. “The difference between scoring 2100 and 2300 is only 11 questions, so your whole future is determined by only 11 questions,” he added.

Although there are other online SAT services, Manger-Weil takes the preparation concept a giant step further by offering a far more comprehensive program that involves not only SAT tutoring but advising students on the entire college admissions process. This includes inventing one-of-a-kind extracurricular projects for students to complete as well as selecting unique college essay topics to make the entire application stand out. “I don’t just help kids with SATs, I give them a roadmap for marketing themselves over every other student so they can get into places like Stanford, Yale and Harvard. It’s a free service I offer to anyone who signs up to work with me,” he said.

Manger-Weil also works with parents to create an atmosphere that motivates students to achieve success. As he puts it, “My goal is to help my students in any way I can to be happy and successful in their lives.”