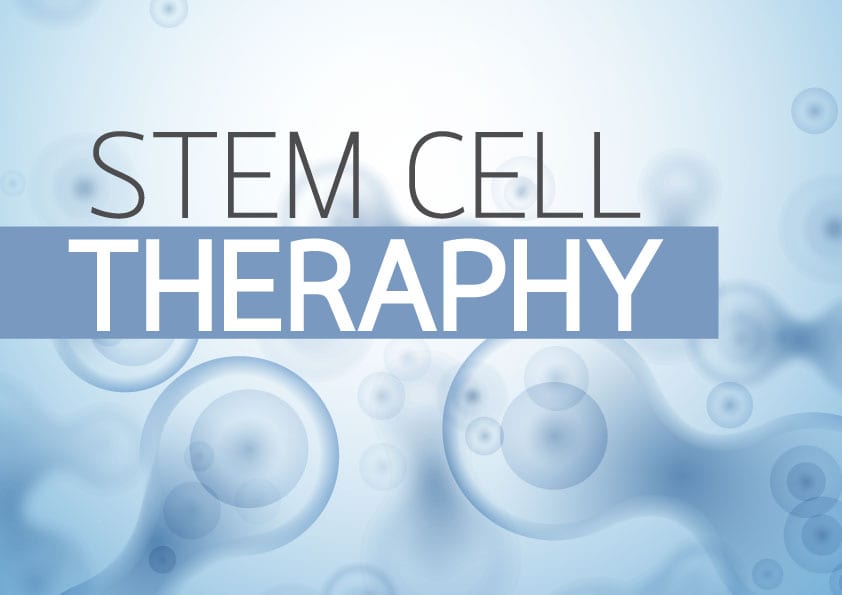 For the most part, when a patient comes into my office looking for Stem Cell Treatment, they’ve done quite a bit of research or have been introduced to the technology from mediums such as magazines, television, or radio.

Unfortunately, however, most people have never heard of Stem Cells or have been severely misinformed about them and their purposes. My hopes are that this article will serve the community as it will come to more fully explain the marvels of this science.

History of Stem Cells is interesting and fairly recent. In fact, they were only discovered the year I began High School—1976. They fell under the radar for quite a bit after that. Then, as I’m sure many of you remember, a moral and theological controversy over one type of Stem Cell (Embryonic) exploded onto the mainstream.

This led to George W. Bush’s decision to limit the use of some lines of embryonic Stem Cell and cut the funding for research, a political controversy that’s been extended by the Obama administration. Now contrary to what you think this would imply, this decision actually brought huge amounts of funding from the public sector, with less dependence from the INH bureaucracy. ;

Accordingly, this brought on some of the most amazing discoveries in Stem Cell research, such as the IPS cell (Induced Pluripotential Stem Cell). The IPS is particularly interestingbecause it defies the standard life paradigm, allowing adult stem cells to be induced into becoming embryonic. It sounds like a science fiction movie, but its true, and the implications are so important, as they negate a lot of the controversy surrounding their use.

My own history with Stem Cells began in 2008. Prior to that, I was working in Regenerative Medicine with PRP in Coral Gables. At the time, no one in our community was in tune with what regenerative medicine could do for them. Using my background in orthopedics and pain management, I became a sort of pioneer in the field, finding fascinating results from very few weeks of medical treatment, compared with more traditional treatments. After that experience I was more than ready to jump onto the Stem Cell wagon.

Even in 2008, there was still minimal exposure to what they could do and nobody in the local medical community was aware keen to the fact that the autologous stem cells could be applied to cartilage for reparations to the most vital part of the joint. This was even more true of the patients, many of whom had given up hope of ever walking again without having permanent pain. For most of these people, the solution was an artificial plastic joint; but those who could not go through with the invasive, intense procedure (for many different reasons) there seemed to be no options.

That is, until we began transplanting Stem Cells from their own bone marrow in 2009. From there, we began to witness miracle improvements not just in pain-relief but in mobility for more than 70% of cases in knees, hips, shoulders, and ankles.

Curiously enough, we began to notice other benefits of transplanted Stem Cells that even I was not aware of. Suddenly, patients with additional diseases such as peripheral neuropathy and peripheral vascular disease began to report an alleviation of symptoms they thought they would have to suffer through for life.

Our next great success came when I started to use autologous Stem Cell from bone marrow and adipose tissue in patients with a long-term history of back problems, the common denominator between uncontrollable pain and the chronic use of one of the more feared medications: narcotics. As soon as we began to treat those patients they started to improve at a rapid pace—moving around again with decreasing levels of pain that were acceptable to the patient. The treatment did not require general anesthesia or to be admitted in the hospital or have prolonged Physical Therapy to recovery, and most importantly, there was a decrease in the need of narcotics to control the pain

One of the most important keys to the success of my work and the work of Stem Cell Miami team is to have kept our philosophy that “minimal manipulation” of autologous Stem Cells is the simplest and most effective way we currently know how to apply this medical marvel. Our techniques are FDA compliant, contrary to many of the Stem Cell clinics around the word such as the Chinese companies and doctors who are mainly working with Stem Cells from embryos. They lack of strict FDA regulation and are not a religious people so they have bet on this type of stem cell in an attempt to attract health tourism from outside. There are also companies that promote and sell a fluid to doctors that claims to be coming from placenta or amniotic fluid Stem Cells, unfortunately there were cells but not precisely Stem Cells and of course the results were way different than ours.

The bottom line is that our treatment results are fantastic and replicable in all patients.

There have been no complaints of rejection or side effect. I make sure that we have the most cutting edge technology and equipment, but more importantly, I push my staff to the limits so that they may perform like the best in our business, which they are.

We are training future doctors in US and Latin America. We are setting new standards and protocols to treat different diseases. But what this is all about is creating a pool of satisfied patients. These people serve as our chancellors and spoken people in the community, living testimonies of the Autologous Stem Cell the miracle and the Revolution of the 21st Century.