Stepping Up to FATHERHOOD

Yesterday was Father’s Day. And I suspect that several of you either heard or read some meaningful things about the importance of being a father. If you are a father, I hope that you got some affirmation and affection from children in whom you have invested much love and nurturing. I hope you felt it appropriate to affirm your father—and found a way to do so. To be a father is a high spiritual calling. Stepping 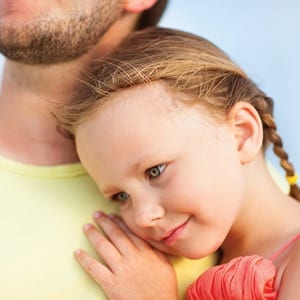 One day doesn’t do justice to good fathers. One day certainly isn’t enough for making the effort to be one. And that brings me to my point.

There is a wondrous transparency in our nation’s president about fatherhood. Barack Obama had precious little time, presence or influence from his father. “I don’t want to be the kind of father I had,” he is quoted as having said to a friend.

The president’s father left a family in Kenya to come to the United States for his education. Once here, he started a second family—only to leave his wife and two-year-old Barack Jr. to return to Africa with another woman. While the boy left behind with his mother was bright, received an excellent education and was driven to achieve, the man at the end of the process goes to great lengths to affirm the importance of men who are sperm donors becoming real fathers to their children. Stepping

On Father’s Day 2008, the man who was running for President of the United States said this about fatherhood: “Any fool can have a child. That doesn’t make you a father. It’s the courage to raise a child that makes you a father.”

For this year, the now-president added this: “We need to step out of our own heads and tune in. We need to turn off the television and start talking with our kids, and listening to them and understanding what’s going on in their lives.”

I will leave the psychologists to speculate about the connection between one man’s lack of connection to his own father and his present emphasis on the importance of being one. And this essay certainly isn’t a Democratic or Republican take on his statements for the sake of partisan posturing. It is nothing more nor less than delight in hearing one prominent male leader of our world say something bold and positive about the role too many men appear to disdain. Stepping

Hard work is a good thing. Earning a living is honorable. Achieving success and recognition in a field cannot be wrong. But none of these things on which so many men have expended their energies are nearly as valuable or satisfying as the nurturing of a child to be a confident and functional man or woman—and to reap the dividend of love that comes back from that well-formed adult soul. Stepping

“Father’s, don’t exasperate your children by coming down hard on them. Take them by the hand and lead them in the way of the Master” (Ephesians 6:4 MSG).