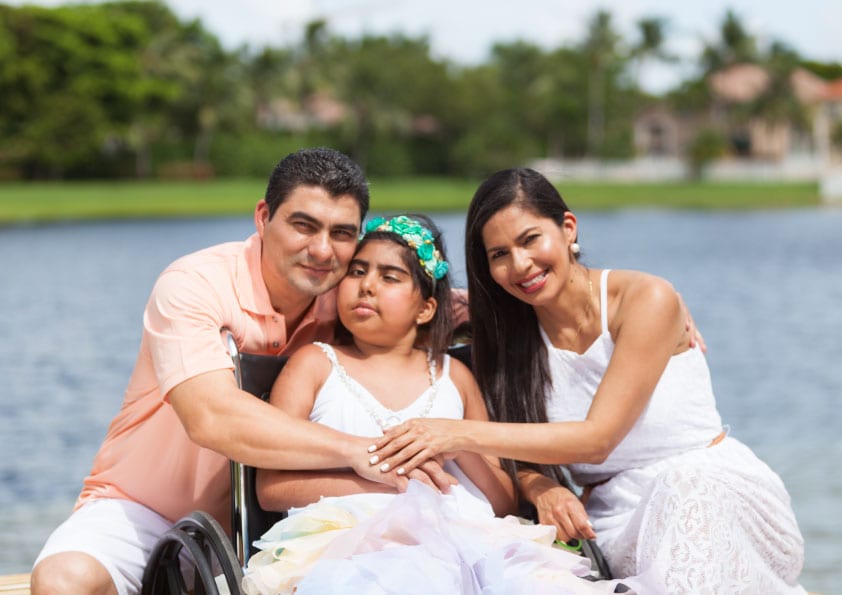 “She leans on her mother and father, the two people she understands to be the definition of bravery.”

At the center of her being, Valeria appears to be just like any other 11-year old girl. Her favorite colors are purple and fuchsia. She loves to bake cookies (chocolate chip are her favorite).  She keeps her favorite movie, the Princess and the Pauper, on constant repeat. She wishes she could have water-bending powers, so she could glide over the water and visit her native Venezuela whenever she chooses. She dreads math and loves spending time in Art Class, experimenting with pastels and oil paints. Her favorite place in the world is Universal Studios in Orlando, a place she visited two years ago for the first time. She has a dog named “Peluche”, a tiny Lil Fella who tirelessly plays with her and keeps her company while she sleeps. There she has dreams of running around and hiding under the mango trees in her Grandma’s backyard with her two best friends, Farrah and Doeli.

All in all, It seems to be a pretty normal existence, and it was… until late last year when she started getting frequent headaches at an alarming rate. This led her parents to take her from doctor to doctor until she got an MRI and was heartbreakingly diagnosed with an extremely rare cancer known as Brainstem Glioma, specifically Diffuse Intrinsic Pontine Glioma (or DIPG).

DIPG is a tumor that brings one’s nervous system to a complete halt by sprouting up at the Pons portion of the brainstem, which connects the Brain to the Spinal Cord. It has an awful reputation among those in the field of pediatric oncology for being highly aggressive and incredibly difficult to treat. This is not only due to its dizzying array of rapidly worsening symptoms such as double vision, facial weakness, and weakness in the

limbs, but thanks to it being unprecedentedly resistant to chemotherapy, with realistic alternative treatments are few and far between. As a result, parents are often left without many options, while the young children it tends to target are encouraged to undergo risky clinical trials so that they may have the slightest hope for a miracle.

It’s a terrifying prognosis, but that doesn’t mean that the Arcila-Rodriguez family has given up hope, least of all young Valeria. She keeps faith in God, who she says has given her the strength to stay at peace through the pain. She leans on her mother and father, the two people she understands to be the definition of bravery. She looks towards her friend Farrah, who had a terrible accident and “fought like a giant to get through it all”.  This is a girl who still looks up to Princess Jasmine from Aladdin, a girl who should be entering the Fourth Grade right now, but has gone through more trials and tribulations than many will see in a lifetime. And all she wants to do is ride her bike to school with her dad again.

But her family can’t afford to keep going through with treatment much longer. They weren’t very well-off to begin with, and the ever-amounting medical fees have led towards the rabbit hole of bankruptcy. To help ease the burden, they set up a GoFundMe Site and have raised almost four thousand dollars so far, but, really, that’s just a drop in the bucket when it comes to treating such a rare and invasive disease. So we at Healthy Magazine have taken it upon ourselves to encourage you to donate to the cause and help save this little girl’s life, and help find a cure to this terrible disease.