Even though our intellects know better, something about human beings continues to make us suckers to the idea of a quick fix. So entrepreneurial hucksters regularly come along with ideas (i.e., schemes) that garner millions. Then they move on—without leaving a forwarding address. WORTHWHILE 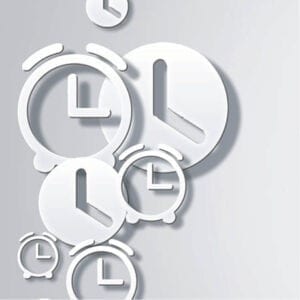 The American obsession with weight and appearance seems to make us particularly susceptible to claims about products that promise fitness without effort, weight loss without sweat. One company made big money selling anti-cellulite sneakers. Others tout electrical muscle stimulation and weight-loss water. People love to think they’ve found an easy way to worthwhile goals.

Doctors and fitness experts tell us that healthy eating combined with regular exercise is the best way to slim down. One requires self-discipline and the other work. Who wants to pay the price of either, if there is a no-strain, no-pain alternative? And who doesn’t want to think there must be an easier way?

In other contexts, it is the person who deceives himself into thinking he can continue to drink after a couple of DUIs and a divorce. It is the one who tells herself that an “innocent flirtation” at the office means nothing. is parents who refuse to take their child’s brush with the law seriously. is a family trying to get all that it wants with credit cards instead of saving. It is the person who won’t own up to responsibility and apologize for betraying a confidence and hurting a friend.

Want to know why counseling hasn’t worked—and won’t work—for many troubled marriages? It turns up areas of the relationship that need work over time. But immature and selfish people want a quick fix.

Want to know why so many companies fail? It will take too much hard work over too long a period of time to correct problems, replace incompetent people, repay debt and penetrate new markets. Lacking a quick fix, there is bankruptcy.

Want to know why once-thriving churches die? Somebody gets hooked on the notion that spirituality is a new program or gimmick rather than a fruit-bearing experience by the gentle presence of the Holy Spirit. So members go church-hopping again.

One of the virtues that gets too little attention these days is persistence. Not stubbornness. Not pig-headedness and inflexibility. But perseverance over time in pursuit of a noble and worthwhile goal.

It is interesting to me that the Bible places perseverance midway between suffering and character. There’s just no shortcut from the former to the latter.

“So let’s not get tired of doing what is good. At just the right time we will reap a harvest of blessing if we don’t give up” (Galatians 6:9 NLT).